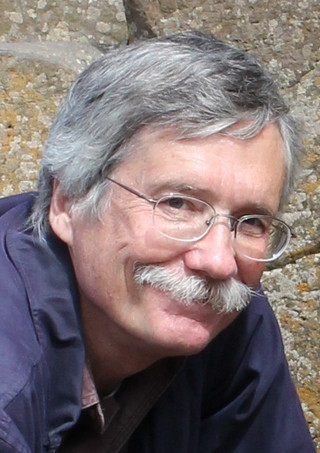 Born in Sheboygan, Wisconsin, Don Bogen grew up there and in Pasadena, California. He earned his A.B., M.A. and Ph.D. in English from the University of California, Berkeley, where he worked with Thom Gunn and Josephine Miles. He began teaching at the University of Cincinnati in 1976.

Bogen received a Discovery Award in 1980 and Grand Prize in the Associated Writing Programs Anniversary Awards competition in 1982. His first book of poetry, After the Splendid Display, was published by Wesleyan University Press in 1986. It was followed by four  others: The Known World (Wesleyan, 1997); Luster (Wesleyan, 2003); An Algebra (University of Chicago, 2009); and Immediate Song (Milkweed Editions, 2019). In 2016 his translations from the work of the contemporary Spanish poet Julio Martínez Mesanza, Europa: Selected Poems of Julio Martínez, was published by Dialogos / Lavender Ink. A critical book based on Bogen's work with the Roethke Papers at the University of Washington, A Necessary Order: Theodore Roethke and the Writing Process, came out from Ohio University Press in 1991.

Awards for Bogen's work include The Writer / Emily Dickinson Award of the Poetry Society of America, grants from the National Endowment for the Arts and the Ingram Merrill Foundation, and residencies at Yaddo, the Camargo Foundation, and the Santa Fe Arts Institute. He has held Fulbright positions in Spain and at the Seamus Heaney Centre for Poetry of Queen's University, Belfast and served as visiting poet in residence at the University of California, Irvine and visiting scholar at the University of Bordeaux. His poems and translations have appeared in journals in the U.S. and abroad, including The American Poetry Review, The New Republic, The Paris Review, Pleiades, Poetry, Slate, Stand, and The Yale Review. He has reviewed a dozen books for The Nation and published other reviews in American Book Review, The Kenyon Review, The Threepenny Review, and other journals.

In addition to his work in poetry, Don Bogen is active as a translator and has collaborated with composers in the U.S. and abroad. He has given readings, talks, and workshops across the U.S. and in Europe. In his career at the University of Cincinnati he taught literature and creative writing, working extensively with doctoral students in the creative-dissertation program and serving as poetry editor for The Cincinnati Review from 2005 to 2018. Don Bogen is currently Nathaniel Ropes Professor Emeritus of English and Comparative Literature and serves as editor-at-large for The Cincinnati Review. He divides his time between Cincinnati and Martinez, California.

An Algebra
The University of Chicago Press, 2009
Luster

Musical Works
Poems set to music and collaborations with composers